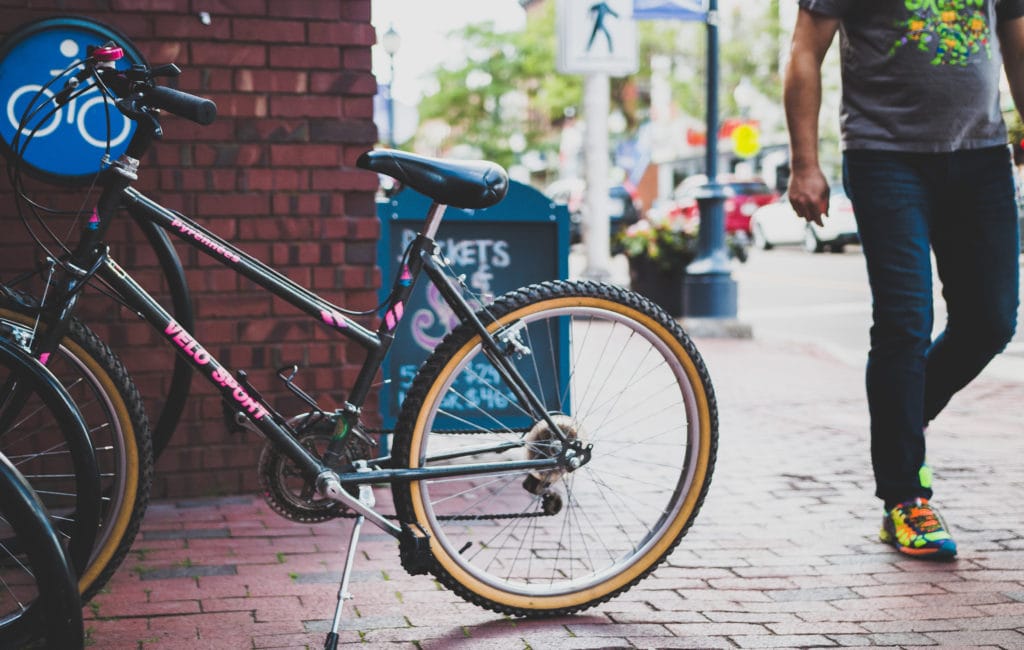 Metal and Mettle: Motor Vehicles Collisions with Pedestrians and Cyclists

Spring is my favorite season. With the warming temperatures it’s once again a pleasure to be outside. It also heralds the Stanley Cup playoffs and the beginning of the baseball season, but that’s a different blog for a different day.

Having been outside more often in the last few weeks I have noticed that there are many more people out walking around the city. I have also noticed that many others have taken their bicycles out of storage and are out riding on the roads along with the cars, buses and trucks. With all of that added interaction between vehicles, pedestrians and cyclists, a question arises:

What happens when one of those pedestrians or cyclists suffers a personal injury after being struck by a motor vehicle?

It goes without saying that when a 1.5 ton vehicle collides with a person, the outcome is often catastrophic. While the car might need some minor repairs, the pedestrian or cyclist can suffer life-altering injuries. These situations often result in the most seriously injured clients whom I see in my practice.

In many of these cases the question of liability, or fault for the accident, is a point of contention between the parties. Consider the following example:

At about 11:30 p.m. a cyclist rides through a downtown intersection. He is riding within the pedestrian crosswalk. It is obviously dark out but he does not have any reflectors on his bicycle and he is wearing dark clothing. As he travels into the street, he is struck by a vehicle turning right, causing him to fly over the vehicle’s hood and suffer serious injuries.

Who is at fault for causing the accident? The driver of the vehicle should have been more aware of his surroundings, but the cyclist should have been travelling outside of the crosswalk and was not very visible given the time of night.

Generally speaking, when a person commences a lawsuit as a result of their injuries, whether they result from a motor vehicle accident as in the above scenario, or by some other means like a slip and fall, the injured person is responsible for proving, on a “balance of probabilities”, that the defendant negligently caused the accident which injured them. This is called the “onus of proof”.

However, section 193(1) of the Highway Traffic Act applies a “reverse onus” requiring the driver of a motor vehicle who collides with a pedestrian or cyclist to prove, on a balance of probabilities that the collision did not arise from their negligence or improper conduct. Effectively, the driver is considered to be at fault for the accident unless he or she can prove otherwise. With this, the Ontario Legislature has attempted to promote safe driving while recognizing the elevated risk of serious injury by pedestrians and cyclists who are involved in motor vehicle accidents.

This is a very important provision for protecting pedestrians and cyclists who are injured by motor vehicle accidents. However, it does not guarantee a quick and easy case. Whether the pedestrian or cyclist was partially to blame for the accident will still be relevant to the outcome of the case. Each case is different and will be determined on its specific facts. The court will look at the actions of each party and assign a percentage of liability to each party. For instance, in the above scenario, which comes from a 2013 case, the injured cyclist was found to be 40% liable for the accident, while the driver of the vehicle, a police officer, was found to be 60% liable. This split causes the plaintiff’s reward to be decreased by the same amount.

If you assume that the cyclist from our scenario was awarded total damages of $100,000 for his injuries, then he would only receive $60,000 after the 60% liability split was accounted for. Clearly, it is important for pedestrians and cyclists to also be aware of their surroundings and act safely as they walk and/or ride around vehicle traffic.

Another topic which an injured pedestrian or cyclist must consider is their entitlement to Statutory Accident Benefits, sometimes referred to as “no-fault benefits”. Although that topic is broad enough to fill an entire text-book, I’ll limit this blog to simply stating that a person injured in a motor vehicle accident is entitled to Accident Benefits in most cases. Regardless, it is always best to act quickly by notifying your automobile insurer of the accident and contacting a lawyer for advice.

In an ideal world, all drivers and passengers would drive and ride perfectly and there would be no use for this blog. Unfortunately, as we all know, mistakes happen and where they concern motor vehicle accidents they often have dire consequences for those involved. So, please be safe out there while you enjoy the warm weather and sunshine.

I’ll leave you with my favorite quote about the coming of spring, by the Baseball Hall of Fame member, Rogers Hornsby:

“People ask me what I do in winter when there’s no baseball. I’ll tell you what I do. I stare out the window and wait for spring.”