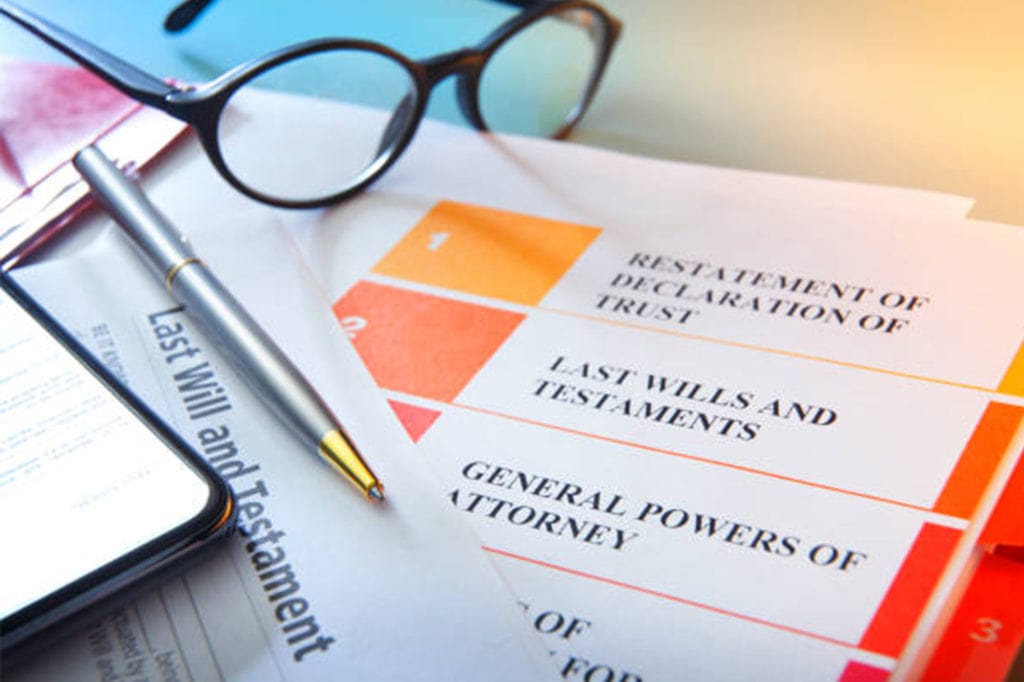 I got a call the other day out of the blue from the ex-wife of a former client of mine. Sadly, she told me that my former client had passed away. When I spoke to the children (now adults), they told me that they could not find a Will. The former client owned a home which had been paid for by some of his settlement monies.  He also received monthly payments from a structured settlement with a guarantee clause, meaning that payments would be ongoing for a number of years, despite his death, with a large payout at the end of the structure time period.

I told this client when I was acting for him, as I tell all my clients, to ensure that he made a Will, if he did not already have one. I also advised him that, if he did have a Will, he should update when his lawsuit settled given that he now was in receipt of substantial sums of money that he did not have previously. I told him that it is only by having a Will that a person can direct where they want their assets to go in the event of their death. They can donate them to charities, they can give them to their family members or friends, or whatever they want to do, in whatever combination they want -but without a Will the government decides who shares in their estate.

As indicated, my client had a structured settlement, which is a form of payment that gives you tax-free monies every month and which you can guarantee to pay for a certain period of time, which could then continue to pay even after your death. The client’s estate was sizeable in large part because of this structured settlement.

Because my client did not do a Will while he was alive, the government was now going to decide what would happen to his estate. Apart from paying the usual taxes, some of which may have been able to be reduced with will planning, and paying his debts, the money was now going to be divided, not between the two children who had contacted me, but rather equally between four children (all adults), as my client had had two children from a prior relationship.  I doubt very much that my client’s intention would have been to divide his estate between the four adult children. Had he made a Will, he could have directed where he wished the monies to go, and in what proportions.

In another case that I was involved in, I acted for a young woman who had suffered a terrible spinal cord injury.  She settled her claim for seven figures and I had urged her to get a Will and a Power of Attorney. The Power of Attorney was recommended because, due to her physical condition, she might need someone else to make decisions about her care or assist with her finances. I did not think that, at her young age, she was going to die anytime soon, but told her, regardless, that she needed to have a Will because (a) you never know what is around the next corner in life, and (b) it would make sure that her wishes were carried out. She said she was going to draw up a Will, but continued to put it off. I even arranged for her to come into the office so that a Will could be drawn up and executed.

Tragically, within a couple of months of her settlement, this client had a blood clot and died. Because of her delays in not coming into the office, she died before she was able to draw up a Will.

Once again the government was going to determine what would happen to her sizeable estate. Because she was not married and had no dependents, after paying taxes and debts, one-half of the money was going to go to her mother who was involved in her life, and who, I am sure, the client would want the money to go to. However, the other half was going to her estranged father, whom she had not seen in ages, who was not involved in her life and who provided her with no care. I am sure that she would not have wanted half of her estate to go to her estranged father.

I do not know why my client dragged her heels in getting a Will done but have some suspicions that it may be because she did not want to spend the money on a lawyer to draft a Will. Given the size of the estates of both of these clients, the costs to have done up a Will would have been a miniscule fraction of their Estates.

Both clients ended up having money in their estates directed to individuals who,  I am sure, they would have never put into their Wills had they completed their Wills during their lifetimes.

I am sure a number of people reading this may say “oh, gee, we have to draw up a Will sometime or need to update our Wills”. Time is not something any of us can guarantee and getting a proper Will and Powers of Attorney is something that we should not put on the backburner or decide to delay because we do not want to spend any money now.

People often feel that, if they do not have much money, do not own a home or do not have any significant assets, having a Will may not be that important because they don’t have anything to leave behind. Not true – your Will is needed to ensure that you have decided who can deal with your assets and affairs on your death.  Most of us, however, do have something that we will leave behind and we should want to ensure that our estate goes to the person or persons or to the institutions that we want to receive it. I am sure none of us wants to let the government decide who gets it.

If you do not have a Will, get one. If you have a Will but circumstances in your life have changed, i.e. children, grandchildren, your Estate has become larger, then you should be updating your Will to make sure that your Estate goes where you want it to go.  DON’T DELAY!

Contact Nigel | View all posts by Nigel Gilby
Read More About Accident Benefits
Previous Article:
« Prevention, Prosecution & Protection: The World’s Commitment to Combat Human Trafficking & How We Move Forward
Next Article:
Do You Need to Call a Lawyer? »