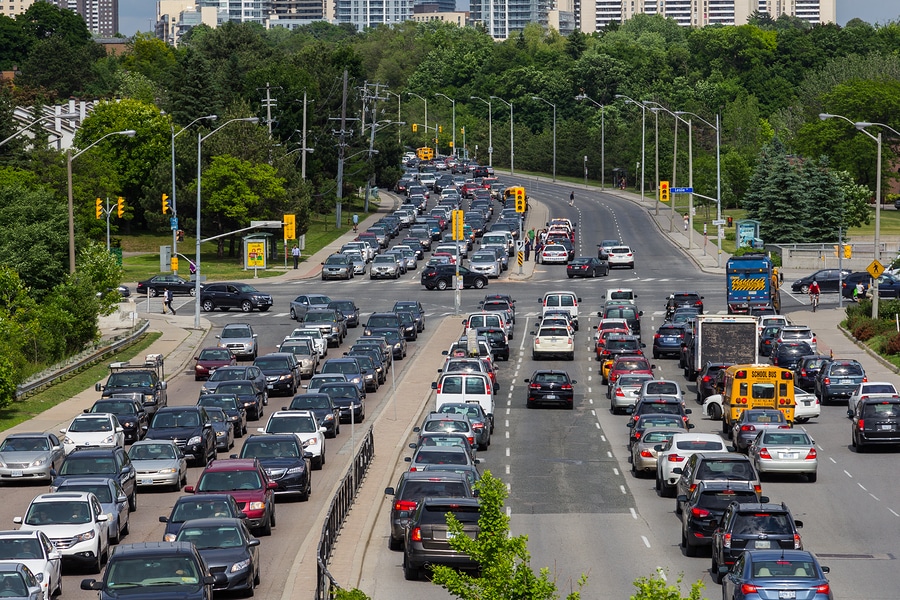 Ontario rang in the new year with a set of new traffic laws, designed to improve pedestrian safety across the province, and particularly in cities such as Toronto. Titled “The Transport Statute Law Amendment Act,” or “The Making Ontario’s Roads Safer Act,” Bill 31 received royal assent on June 2, 2015, and came into effect on January 1, 2016.

The GTA has long been a focal point of pedestrian safety following a series of collisions in January 2010 with 14 people fatally injured in a single month (an additional 9 fatalities occurred in Ontario outside of the Toronto Area). The remarkably high level of pedestrian fatalities that year – 95 in all – were studied by the Ontario Ministry of Community Safety and Correctional Services, in a report published in 2012. The report was titled “Office of the Chief Coroner for Ontario Pedestrian Death Review: A Review of All Accidental Pedestrian Deaths in Ontario from January 1st, 2010 to December 31st 2010.”

The report had four hypotheses it sought to confirm or deny:

The results of the study were eye-opening. The first hypothesis was confirmed – not only did 55% of the deaths happen in the darker months of January to March, but 57% of total deaths happened while it was dark or twilight. In regard to distractions, drugs, and alcohol being contributing factors, the numbers were smaller – 20% of fatally injured pedestrians had been distracted in some manner (it was not possible to determine the percentage for drivers), and 28% of fatalities were impaired for drugs, alcohol, or both (less data was available for drivers, but the evidence suggests that 7% of drivers were impaired during a pedestrian fatality). The full 100% of the fatalities were declared preventable.

The study further showed that poor visibility and inclement weather were not major contributing factors to pedestrian deaths. Instead, 81% of pedestrian fatalities occurred on dry roads and 95% took place during clear visibility. The major contributing factors seemed to be the type of road (75% took place on arterial roads, with multiple lanes and high volumes of traffic), the volume of traffic (peak hours were between 2:00-10:00 PM, particularly during spikes in the number of vehicles on the road), and an urban location (76% of pedestrian deaths took place in cities).

In the wake of this report, “The Making Ontario’s Roads Safer Act” modifies a number of sections of Ontario’s Highway Traffic Act. The fines for distracted driving are increased to a range of $300-$1,000 (the previous range was $60-$500), and a conviction results in 3 demerit points. To improve on pedestrian safety, drivers must now proceed only after a pedestrian has completely crossed the road at school crossings and crossovers. And, if a driver has not paid certain fines for traffic offenses, they can now be denied the renewal sticker for their license plate.

There are also provisions to help keep cyclists safe, with increased fines and demerit points for drivers who hit cyclists with their doors, and drivers now are required to give cyclists a full metre of clearance while passing them. Cyclists are also allowed to use the paved shoulders of unrestricted provincial highways.

The new laws give additional weight to identifying medically unfit drivers and removing them from the road. A greater range of medical professionals can now identify and report drivers who are medically unfit, as well as clarify why the medical condition they are reporting renders the patient unfit to drive. While the new rules allow for doctors to report the condition, the decision of whether to suspend a license lies with the Ministry – a condition that would otherwise render a driver unfit but is under control so that the patient can still drive safely may not result in a suspended license.

With driver and pedestrian error emerging as the most common causes of pedestrian fatalities, and new rules that address these realities, “The Making Ontario’s Roads Safer Act” will hopefully make the roads safer for everybody, regardless of whether they are a driver, cyclist, or just crossing the street.

Author Robert B. Marks is a writer, editor, and researcher in Kingston, Ontario, who spent several years working as a writer and editor for the Queen’s University Faculty of Law. Lerners periodically provides materials on our services and developments in the law to interested persons. These materials are intended for informational purposes only and do not constitute legal advice, an opinion on any issue or a lawyer/client relationship. For more details on our terms of use and the information contained in this blog, please visit our Terms of Use page. | View all posts by Robert Marks
Read More About Articles
Previous Article:
« Technology Based Companies Are Growing in Toronto
Next Article:
A Recent Success at the Court of Appeal »