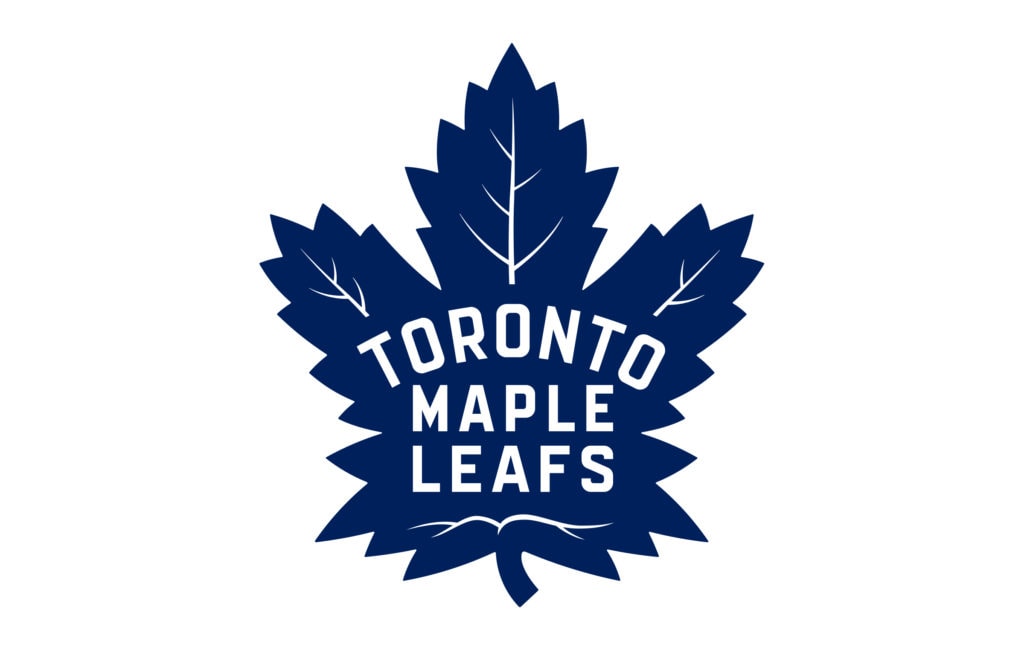 Can we sue the Toronto Maple Leafs for Mental Anguish?

They say there are two certainties in life: Death and taxes. But there might be one other that I think we can safely add to the list: The Toronto Maple Leafs not winning the Stanley Cup.

It’s that time of year again – NHL playoff hockey time. And like so many playoff series I’ve watched in the past, the Toronto Maple Leafs are eliminated handily at the hands of their opponent. It is upsetting that a team that is so dearly loved by many people in this province, so frequently disappoints. They are a team that leads us on with all the appearances of promise and only lets us down in some of the most heartbreaking of ways. It is frustrating. In fact, it is disturbing and emotionally distressing. So distressing that I began thinking whether Toronto Maple Leafs fans might have some sort of legal recourse against the abomination of hockey they continually serve us. This most recent series with the Boston Bruins has freshly reopened the wound from a few years back when Boston came back from a 4-1 deficit in the third period to eliminate the Leafs in Game 7. No one thought at that time that the Leafs would be able to lose that lead, but, in their perverse way of doing it, the Leafs of course found a way. It still hurts. And so does this 2018 exit.

The Leafs habitual letdown has gone on for far too long, and I say something needs to be done of it. My lawyer side is sparked and I’ve been doing some thinking and have come to a conclusion: the Leafs have repeatedly inflicted mental suffering on their fans and, with that said, can we sue them for mental anguish? Bear with me, we will have to review the state of the law as our starting point. 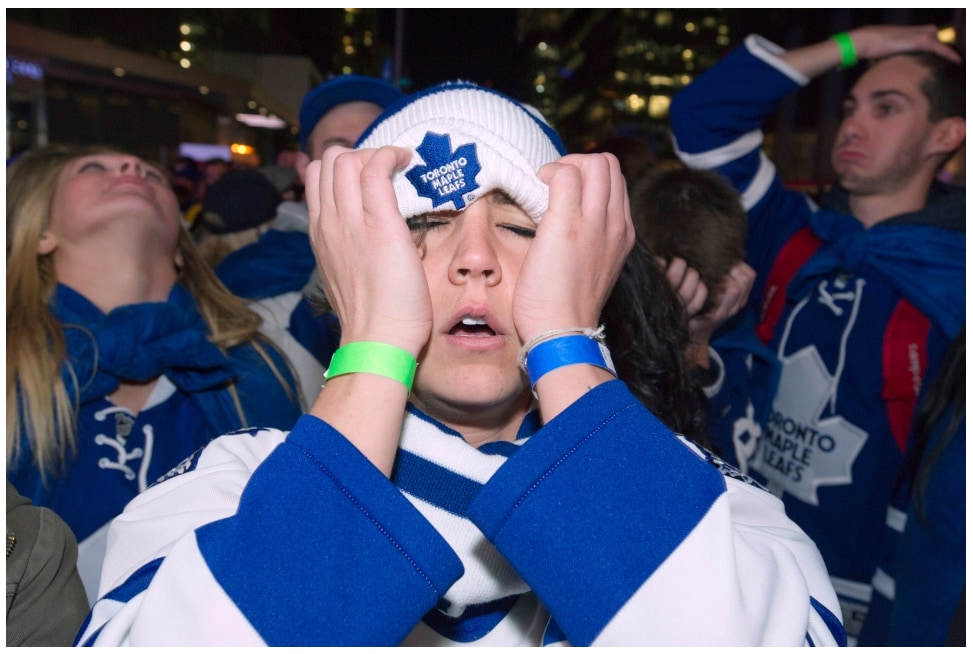 For years, our Courts have held that there is a tort of negligent infliction of mental anguish (or nervous shock). Our courts have evolved in how they handle nervous shock. In the decision of Healey v. Lakeridge Health Corp., the Ontario Court of Appeal clarified that nervous shock is a type of emotional harm that is either accompanied by some physical symptoms, like a heart attack or a miscarriage, or some recognizable psychiatric illness. The Court of Appeal went on to state that our case law has found strong policy reasons for imposing some sort of threshold with these types of claims. The court stated that it seems appropriate for the law to decline monetary compensation for distress and upset caused by unfortunate but inevitable stresses of life in a civilized society and to decline to open the door to recovery for all manner of psychological insult or injury. In other words, the law quite properly insists upon an objective threshold to screen such claims and to refuse compensation unless the injury is serious and prolonged. The Court has clearly decided to restrict compensation to only those who suffer recognizable and severe psychiatric diagnoses as a result of an event and likely in culmination with some other physical event, otherwise, in theory, any emotional upset might lead to new lawsuits being started up.

But, to complicate things further, there has been a recent Supreme Court of Canada decision that finds that there does not need to be a medically diagnosed psychiatric diagnosis in order for there to be compensation for psychological damages. The Supreme Court of Canada’s recent decision in Saadati v. Moorhead, 2017 SCC 28 (CanLII), is a “game changer” in that it rejected the use of various considerations, such as geographical and temporal proximity, as absolute bars to the recovery of damages for mental injury in negligence. The reasoning of the Supreme Court of Canada’s decision in Saadati is that a claimant in negligence is not required to prove a recognised psychiatric illness in order to establish that he or she has suffered a mental injury so long as “the disturbance suffered by the claimant is ‘serious and prolonged and rise[s] above the ordinary annoyances, anxieties and fears’ that come with living in civil society.”

In taking the Supreme Court’s decision and extrapolating it into the nervous shock category, does this Supreme Court ruling now mean that when it comes to nervous shock, there does not need to be an actual medical diagnosis for an award for nervous shock to be made? Or is the premise of this tort so inextricably linked to the fact that there must a severe injury of a psychological nature that it must clearly be diagnosed in order for there to be compensation? I would argue that the way to describe the Leafs’ abysmal elimination in that Game 7 game against Boston several years ago would be a severe form of nervous shock. There is an abundance of footage of fans at the game, and those who were out at establishments, suffering nothing but shock and horror after the game. It would certainly be a starting point for some evidence. Combining that series with this most recent one, and do we have a case? Is it reasonable to conclude that Leafs Nation has suffered a disturbance that is ‘serious and prolonged and rise[s] above the ordinary annoyances, anxieties and fears’ that come with living in civil society?” Or, to the contrary, does the Leafs’ ejection from the playoffs fall within a category where the Court would exclude the claim and simply acknowledge that the Leafs failing in the playoffs is a regular and everyday transient form of distress? Easily, the argument could be advanced in both directions.

We are in murky waters with respect to the feasibility of this claim. In fact, I would describe our claim as shaky, but tenable (which is funny, because that’s the same way I describe the Leafs chances at post-season success). 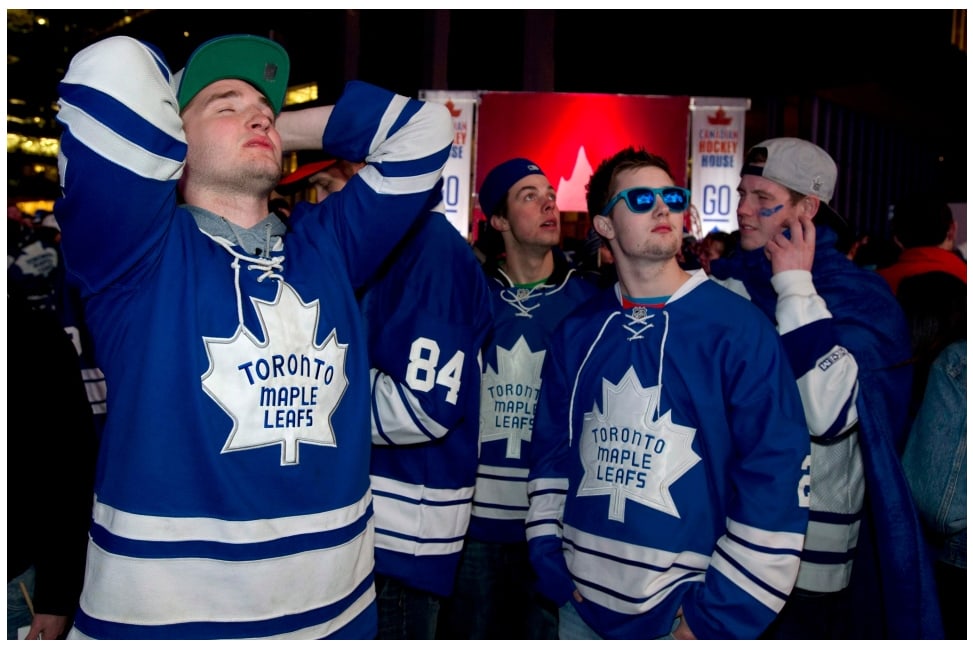 Perhaps one of the more efficient means of advancing a claim on behalf of Leafs Nation would be to pursue a class action. Clearly, the entire fandom has been affected by their abysmal seasons. Most fans must have suffered some form of mental anguish as a result of being a Leafs fan; the abuse from other fans, the ‘bring you up and let you down effect,’ the horror of their playoff hockey games. We have to be talking about a class in the millions. The difficulty here, of course, is the varying effect of which the mental anguish extends across the class. At a minimum, I think all Leafs fans can say we suffer disgust, distaste, displeasure, and disappointment. That has some value. But, how far does it go on the high end? Are the most diehard fans ones who enter into deeply troubled states? A class proceeding might not be able to compensate the Leafs’ fans on the high end of the spectrum who have been seriously traumatized. Therefore, a class action against the Leafs may be quite challenging.

So, if we are going to keep going with this theory, all good lawyers know that you have to look at potential defences and be prepared for those defences. Most defence lawyers are going to say that when you decided to support a hockey team, and when you chose the Leafs, you clearly committed yourself to a lifetime of nothing but pain and suffering as a Leafs fan. So in some ways, a defence might argue that right from the outset of becoming a Leafs fan, one freely and willingly entered into a relationship of loss and trauma, and therefore, how can one ever make a claim for damages when it was by your own volition that you brought the damages upon yourself? Certainly none of us can sue for things that we bring upon ourselves. This may indeed be a problem for Leafs fans who supported the team after 1967.

Perhaps, however, we can turn some of the Leafs most recent statements in the media around on them. At the outset of this playoff run, we were promised that the players wanted to “give the fans something to be proud of.” To me, that sounds a lot like misrepresentation. Another first round ejection with most games being a pure embarrassment is NOT something I’m very proud of, and I doubt any of the players feel pride either.  Moreover, in years past, the Leafs promised that they were going to do the right things and bring the team in the right direction. I even seem to recall an apology in the newspaper several years ago. Yet, here is 2018, another season that we would like to forget. I am of the belief that we were perhaps misled and perhaps the Leafs statements will open the door to our claim. Can we bring that apology into the fold and perhaps use it as evidence to show an admission of some liability on their part? Typically, under Ontario law, apologies are not admissions of guilt. However, might we argue that that statement was to induce us, the remaining fans, in remaining loyal to the Leafs, but only to our detriment? Was it an opportunity for us fans to escape at that time but we were misled, influenced, and swindled into staying with a team that would only continue to thrust nervous shock upon us? All the while, the Leafs have no doubt made a good fortune!

I, like most Leafs fans, am clearly fed up with the heartbreak. I have invested so much in this team with so little payoff, having never seen them win a Stanley Cup in my lifetime. I feel like they owe something to me. They’ve certainly taken a lot of my money and time. And if they can’t give me a Stanley Cup, I want my damages! I want to end this relationship, salvage whatever investment I have in the franchise to date, and part our ways. I am not sure if I will ever overcome the nervous shock they have inflicted upon me. So, Toronto Maple Leafs, how do you make this right to us, the fans? If you are not capable of delivering us the Stanley cup, I am happy to receive your settlement proposal for my consideration.

Contact Christopher | View all posts by Christopher Dawson
Read More About Blogs
Previous Article:
« 5 Lerners Personal Injury Lawyers Ranked Among Canada’s Best in Lexpert’s 2018 Directory
Next Article:
When It is Okay to Cheat… »