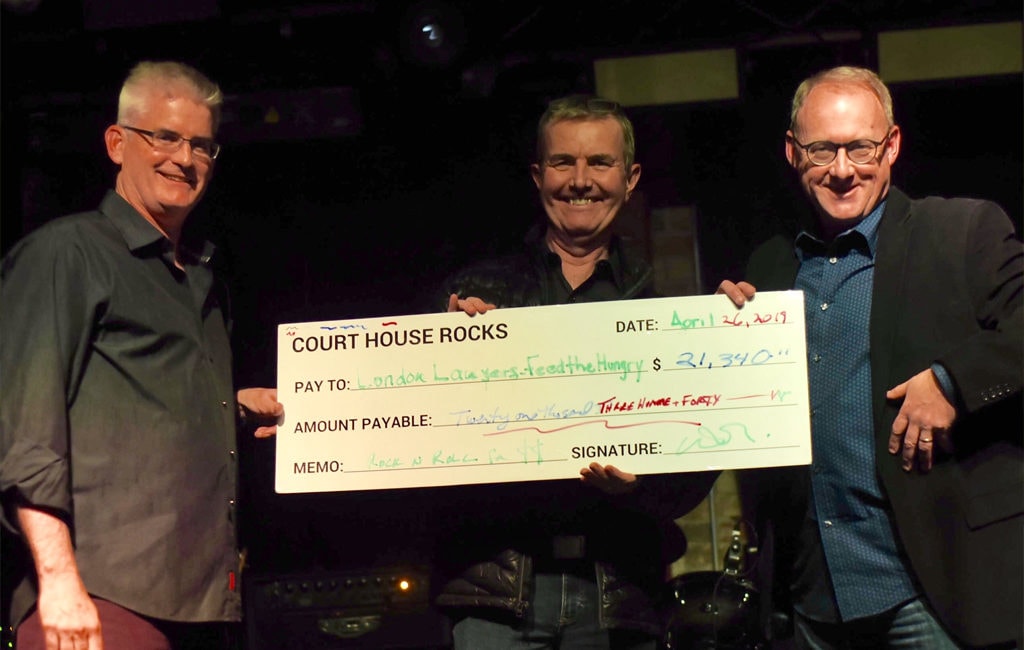 The first thing you heard were the screams, which may be the most famous screams in London legal music history: fans losing their assembled minds for the Dufferin Street Band, a frenzy that celebrated and fed itself.  Against that roar, it barely mattered if the band made a noise – which is part of the reason the DSB only plays once a year.

On Friday, April 26, the Dufferin Street Band (Lerners lawyers Andrew Murray, Bob Ledgley and Cale Sutherland along with the super-talented Katherine Serniwka, Bruce Hansen and Steve Ledgley) joined a “who’s whom” of London’s legal music community at Courthouse Rocks XVI. The event was held at Rum Runners in downtown London, all in the name of raising much-needed funds for London Lawyers Feed the Hungry.

Through the bright stage lights and the fog, the band appreciated the dancing, singing, clapping fans who spurred them on through their interpretations of some classic tunes ranging from The Doors to Aretha Franklin.

Thanks to the organizers, sponsors and fans for your annual support.