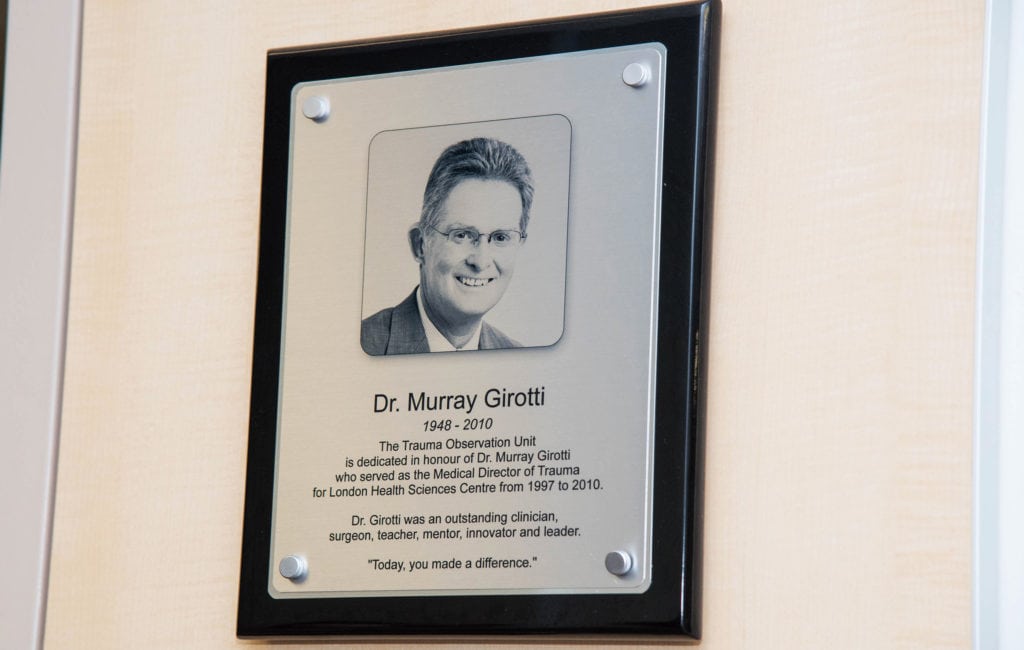 Gone, But Not Forgotten

He was the kind of doctor that you would hope every doctor would strive to emulate. Not only was he a superb surgeon and skilled in his craft, he was somebody who was forward thinking to the extent that the Trauma Program at LHSC was one of the first of its kind in the country. He was also very humble, treated everyone with respect and had time for everyone. Perhaps what brought that to the foreground most for me was the fact that when he was alive and we were running the Trauma Classic Golf Tournament, Murray was out late in the evening before the event helping to set up the various displays and silent auction items and was there again early in the morning to continue to do the setup and be there as the golfers arrived. I recall giving him trouble about the fact that he had arrived late on the morning of the event to which he did not argue with me or complain about me having said that, but simply said he was sorry. He had been on call the night before and was in the hospital until about 4:00 a.m. in the morning.

London was very lucky to have a Murray Girotti decide to settle down in London after years of practicing his skills elsewhere. On the day of the dedication event, I spoke to a huge number of people in the Trauma Program who all remembered him and had nothing but great things to say about him. Many were teary eyed at the dedication ceremony remembering what a great loss losing Dr. Girotti was to the community. 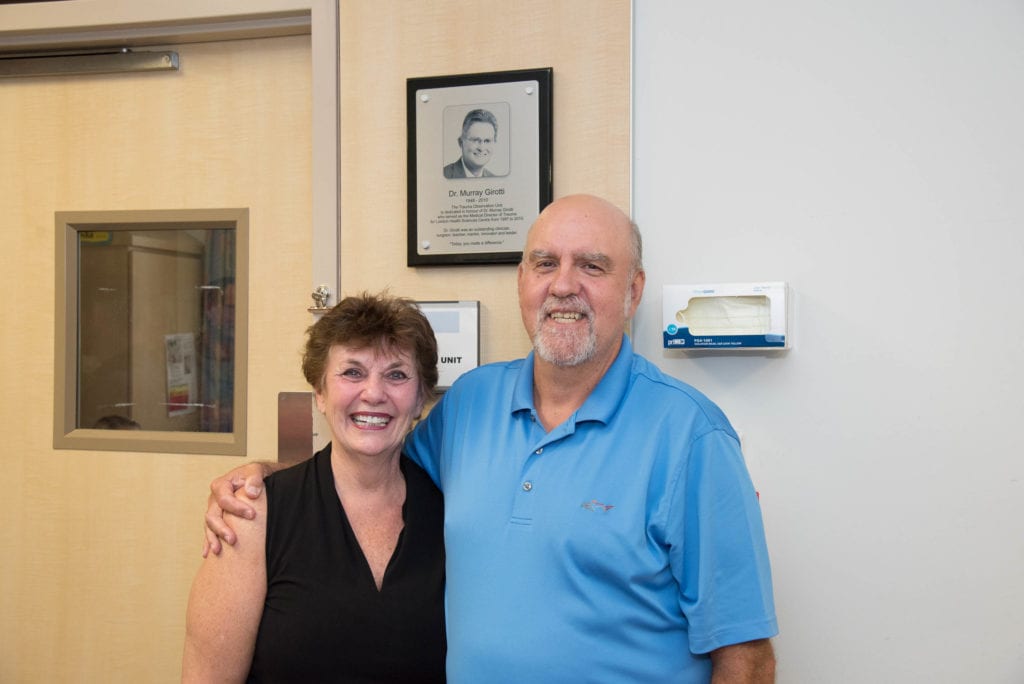 A large number of his family were also present, including, of course, his wife, Jan, and his children who were there to honour their late husband and father for this long, overdue dedication.

Murray, we all miss you, but I know that your great influence is still present in the Trauma Department and amongst the many doctors and nurses and social workers who strive to live up to the great example you set over your years of dedication and service to the LHSC – Trauma Program.

Contact Nigel | View all posts by Nigel Gilby
Read More About Blogs
Previous Article:
« Strong, Passionate and Committed
Next Article:
Reelin’ in the Big One in Owen Sound »