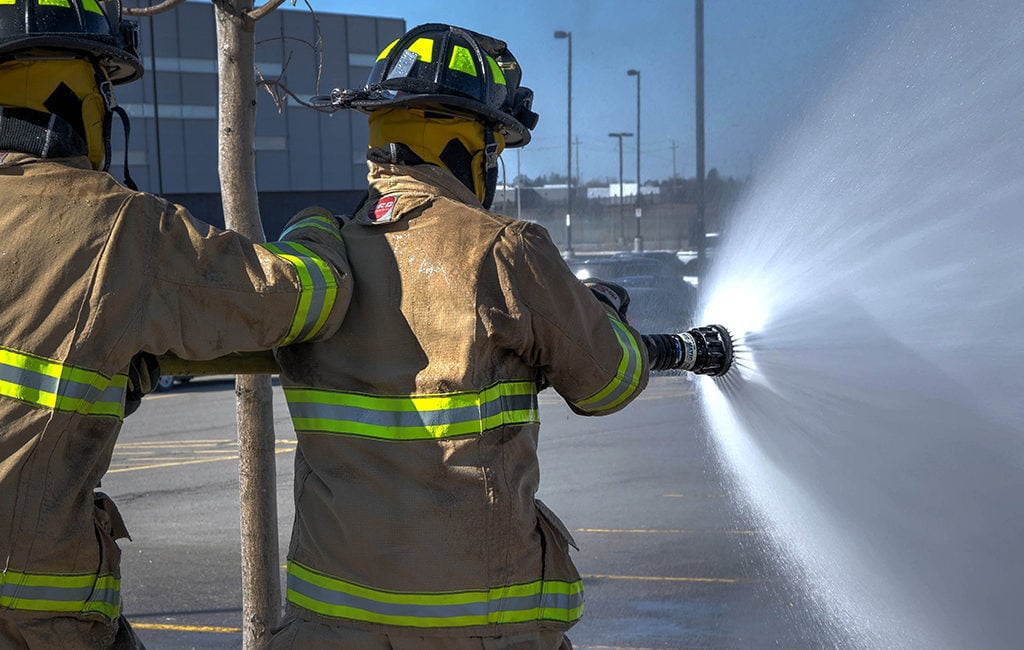 For the last few weeks, we’ve once again been running a challenge for someone to win free registration and a two-night stay for the Fire Service Women Ontario’s 2019 Symposium & AGM. All entrants needed to do was “pay it forward” with some sort of deed in their community that was for the benefit of another person or group of people and then tell us about it. The idea being that giving back to the people who serve our communities will hopefully inspire others to do the same. In an inspiring twist, Chrissy Maynard won this year’s Pay it Forward Contest but has decided to pay it forward to Chris Scapinello having been the winner last year. According to Chrissy, and I have to agree, “Chris deserves this. He easily meets the definition of male ally”. 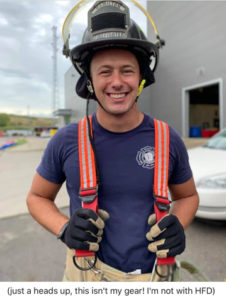 The Harvard Business Review defines male allies as members of an advantaged group committed to building relationships with women, expressing as little sexism in their own behavior as possible, understanding the social privilege conferred by their gender, and demonstrating active efforts to address gender inequities at work and in society.

For a number of years now, Chris has been actively engaged in the fire service’s gender equity efforts by participating in whatever role, or roles, the organizers of Camp FFIT (in London and Hamilton) have asked of him. Chris has also been a regular attendee at Fire Service Women Ontario’s Annual Symposium, taking advantage of the high-level hands-on training opportunities while continuing his journey as an ally. Chris knows this is life-long process and he’s off to a good start, “If it wasn’t for the opportunities provided by FSWO, I would be a lot less informed as to the issues women face, ones that, as a man, I have not had to consider”. 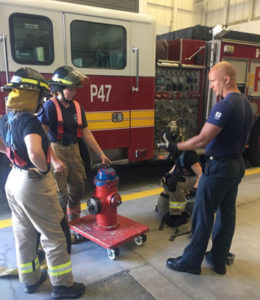 Chris has not been hired as a career firefighter yet, but I believe he is close. Chris is a competitive candidate who possesses a lot of the technical skills required for the job, but perhaps as most important, he has a lot of integrity, is community minded, and he works well with others.

Thanks for paying it forward, Chrissy, you exemplify the spirit of this contest. Enjoy your time in Ottawa. I know you will both make the most of it.