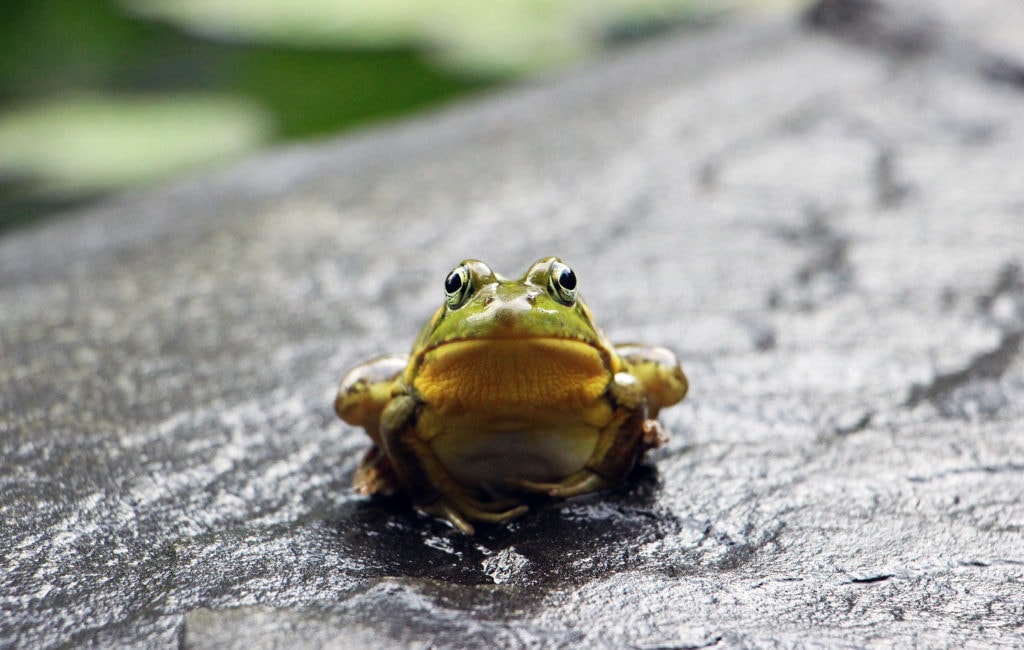 I grew up in the small hamlet of Turkey Point, on the shores of Lake Erie. There is no question that my awareness of the natural world around me was shaped by the rural, lakeside environment in which I was raised. To this day I remain very attuned to nature, something which inspires my personal top five list – my top five signs of Spring.

There is no better sign that Spring is around the corner than seeing the maple sugar bushes report that the sap is running. I feared this year would be a poor syrup year when we had unseasonably warm weather in February, but it was just short enough in duration not to upset the natural order of things. We ultimately settled back into an extended period of excellent maple syrup weather, with nights that are several degrees below freezing and days that are several degrees above freezing. This should be an excellent year for syrup when it wraps up. Based on the maple syrup season, I would say that we have fairly normal year in terms of the arrival of Spring. The red buds on the maples are swelling up, getting ready to burst into leaf, which tells me that we’ll see some buds emerge in a couple of weeks. I’ve seen some outdoor crocuses in bloom and some tulip and daffodil shoots pressing upwards from the soil, both of which are pretty traditional signs of Spring. The next sign– and an unlikely one for most – that I’ll be watching for is the emergence of skunk cabbage. It grows in marshy areas and the wetter parts of our forests. It can be found along stream banks. I haven’t seen any yet, but when I do, I’ll know that there is no turning back….Spring will be here.

For many people, spotting a robin is a traditional sign of Spring, but my list of birds is much more expansive. The first bird I listen for, rather than look for, is the cardinal. Cardinals don’t fly south, so you can spot them at feeders or in a hedge row all winter, but one magical day in February, male cardinals will decide to start singing (the unmistakeable call of Theodore, Theodore, Theodore), staking out their territory. I don’t think I recall an early date than the cardinal I heard this year which was on February 10, 2018. Soon after hearing a cardinal, I would next expect to hearing the plaintive song of the mourning dove and it unfolded exactly like that this year. Ten days later we had a real influx of warm air blow into Ontario from the south, which brought with it birds I don’t usually expect to see until March, namely red-winged blackbirds and robins. There is a ground nesting bird, called a killdeer, which possesses an eponymous song, which I also don’t expect to hear until March, but this year, I heard my first killdeer on February 27, 2018. As we head into March, I always look for the returning tundra swans, typically seeing them arrive back to Southern Ontario around March break. This year I heard and saw my first swans a little later, about March 20th. From the reading of done, I understand it relates to their harsh overwintering conditions experienced in the Chesapeake Bay area, which has experienced a series of Nor’easters.

I don’t live in bear country, so I’ve never included bears emerging from hibernation on my Spring list, but racoons and skunks fill in nicely in and around London, Ontario as two mammals that slow down and stay in a den during the coldest and snowiest parts of winter. With skunks, in particular, there will be no sign of them during the winter, until there is a warm spell and suddenly you will smell their presence and likely see some skunk roadkill. I can report that I saw and smelled skunks during the February thaw and have had to deal with raccoons at my garbage bin at the end of my driveway, so we are on track!

Each year, these things tell me that Spring is upon us:

By far, my personal top sign of Spring is hearing the frogs peeping, usually after a warm thunderstorm. A quick search through my emails to my mother, where I often report the first peeping of frogs, reveals that in both 2014 and 2015 I first noted frogs filling the nighttime air with their peeping on April 9th. Last year, it was earlier, coming on March 24, 2017. So fair, as at the time of preparing this top five list during the first week of April, I am still waiting for my number one sign of spring to emerge…..no frogs yet so even though the calendar says it is Spring, we aren’t really there yet!