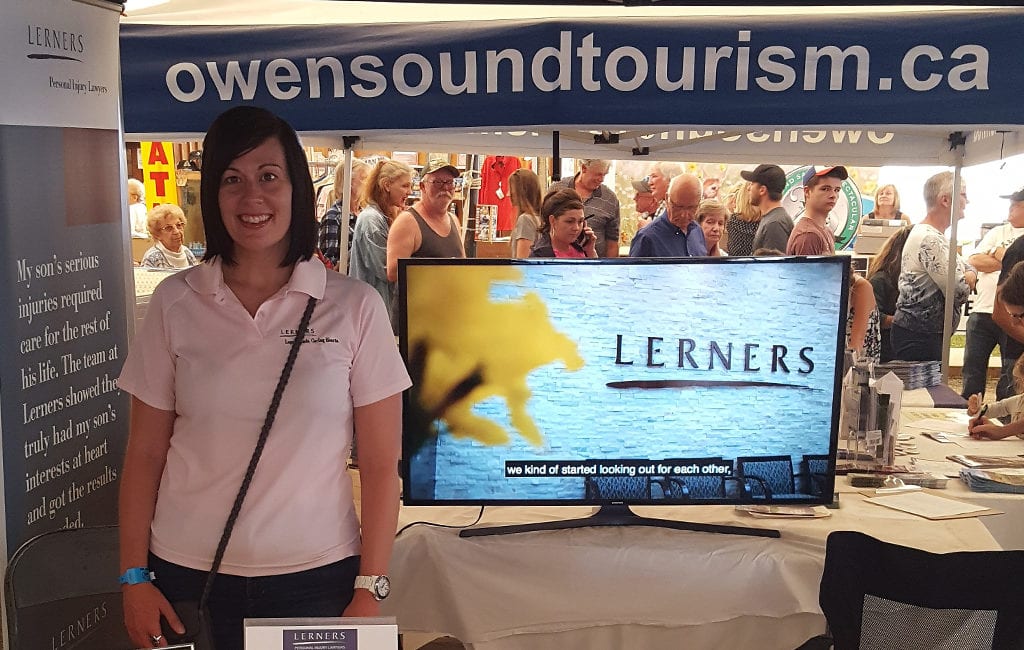 Lerners Personal Injury Lawyers continued its sponsorship of the Salmon Spectacular in Owen Sound, which was held August 25 to September 3, 2017. Supporting the communities in which our clients live has always been an important goal of the firm.

The Salmon Spectacular is definitely one of the most fun events we sponsor! 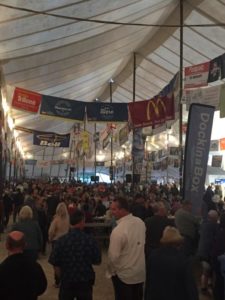 Approximately 5,000 people attend the derby each day. Over 200 fish were weighed-in on the first day of the derby alone. While the derby attracts fishermen and fisherwomen from all over the province, the winners this year were both Owen Sound locals. Rob Hillyer, won the salmon division with a 22.84-pound chinook salmon (which he caught from the harbor wall), and Adam McDonald, won the trout division with a 17.05-lb catch. 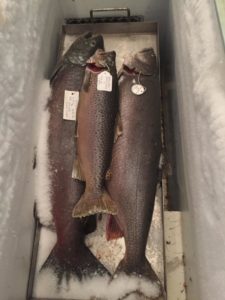 Members of our Grey Bruce personal injury legal team attended the derby and enjoyed meeting everyone who stopped by our booth. I was fortunate enough to attend the Fish Fry on Saturday, September 2, and all I can say is, my compliments go to the chefs! All of the fish fried up is caught over the course of the derby. The winner of the 55” Samsung Smart TV draw was Scott Wilson. He will be able to watch some pretty big fishing videos from YouTube to get some tips for next year’s derby!

Congratulations to all of the winners of the 2017 Salmon Spectacular – looking forward to next year’s event!