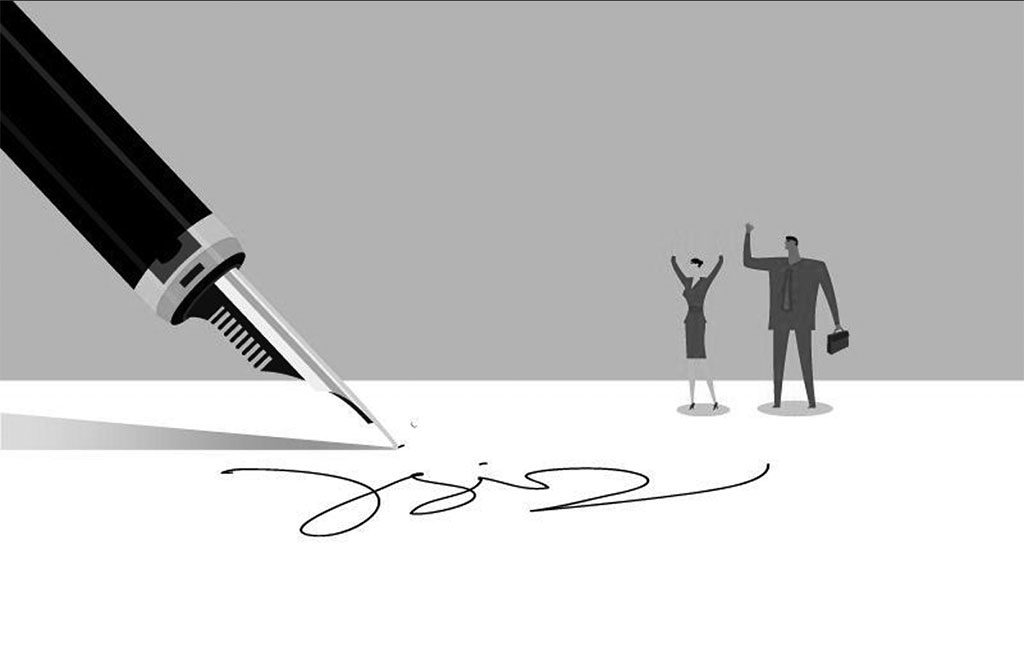 Waivers of Liability in Ontario: A Legal Primer

From skydiving to car rental services, companies have several resources to mitigate their exposure to liability. A common method is the waiver of liability. Also known as “exclusion clauses,” waivers of liability transfer risk from the company to the consumer by eliminating the consumer’s right to sue the company.
Waivers of liability are relevant because more Canadians are participating in traditionally “risky” activities. For instance, indoor amusement and trampoline parks have become popular in Ontario. Additionally, the immersion of technology in contract formation deserves attention.

This article examines recent changes regarding the formation and execution of these waivers. We begin by assessing the electronic nature of these contracts, finding that they are as enforceable as traditional, paper contracts. We then determine what constitutes an enforceable waiver of liability, pursuant the Supreme Court of Canada’s (“SCC”) decision in Tercon Contractors Ltd v British Columbia. While little has changed since that decision, the public policy criterion concerning a parent’s ability to waive the rights of their children is far from settled law in Ontario.

Abandoning the Pen for a Mouse: Electronic Signatures

Although there are logistical differences between signing and clicking a mouse, courts view both methods as acceptable. Ontario’s Electronic Commerce Act respects the validity of electronically-formed contracts and electronic signatures. The Act states that contract formation and operation can be expressed using electronic information, documents, or acts, such as touching a computer screen. Additionally, section 19(3) of the Act provides that a contract is not prima facie invalid because of its electronic form.

Currently, there are no decisions that contemplate the validity of electronic signatures in Ontario. However, the Queen’s Bench of Saskatchewan in Quilichini v Wilson’s Greenhouse affirmed the province’s legislation, which is substantially similar to Ontario’s Electronic Commerce Act. In that decision, the Court stated that “[a]greement to contractual terms can be expressed by touching or clicking on an appropriately designated icon or place on a computer screen.” As such, Ontario courts are likely to respect electronic waivers of liability as valid contracts.

The following sections discuss the Tercon test for whether waivers are enforceable. We also draw from recent case law to highlight effective and ineffective qualities of waivers.

Does the Waiver Apply?

The test from Tercon first inquires whether a waiver applies to the factual matrix. In Anderson v Confederation College, the Ontario Superior Court of Justice (“ONSC”) stated that courts “must look not only at the meaning of the words, but also at the context.” The meaning of a waiver clause relies on the parties’ intention, in light of the context surrounding each case.

In Anderson, the waiver’s language was problematic because it did not cover the plaintiff’s injury. The waiver excluded liability for “[i]njuries or other complications associated with exercise or other physical activities.” In that case, a basketball hoop struck the plaintiff’s head while he was running on a track. The waiver did not contemplate injuries resulting from faulty premises or negligently-placed equipment. Thus, the waiver did not insulate the defendant from negligence.

The Court of Appeal for Ontario found the inclusion of the word “negligence” to be an important element in waivers of liability. The British Columba Supreme Court (“BCSC”) went further, stating that an enforceable waiver requires more than the mere presence of the word. The waiver cannot be deceptive and the non-drafting party should be able to understand its meaning. In Ochoa v Canadian Mountain Holidays Inc, the BCSC was satisfied by the waiver’s bolded words which explained the legal rights being waived.

Additionally, the defendant corporation notified the plaintiff of the waiver’s importance well in advance of his participation in the injurious activities. The BCSC also stated that witnesses to the non-drafting party’s signature supports the enforcement of these contracts.

Is the Waiver Unconscionable?

The next stage of the Tercon inquiry assesses whether a waiver is unconscionable. The BCSC provided that “there is a well-established line of authority in Canada that exclusions for liability are not, prima facie, unconscionable.” The British Columbia Court of Appeal (“BCCA”) in Deanna Loychuk v Cougar Mountain Adventures Ltd supports this statement. The BCCA found that there is no power imbalance when a person wishes to engage in inherently risky recreational behaviour controlled by another. The BCCA also stated that operators of risky activities are entitled to require participants to sign a waiver of their rights.

In Dyck v Manitoba Snowmobile Association, the plaintiff signed a waiver of liability prior to participating in a snowmobile race. The SCC found that there was no power imbalance between the participant and the Manitoba Snowmobile Association because he freely joined the race, was not socially or economically pressured to participate, and was aware of the activities’ dangers. Waivers of liability have been upheld even in the case of negligence causing death, when the participant is aware of the inherent risks of the involved activities.

Does Public Policy Override the Viability of the Waiver?

This section analyzes the final part of the Tercon test: overriding public policy reasons for disposing a waiver of liability. We focus on the rights of minors in Ontario. The law in Ontario is not settled on this issue, making it difficult to determine the likelihood that a court would dispose a waiver on such grounds.

In Wong v Lok’s Martial Arts Centre, the BCSC decided that contracts binding infants to waive their rights are unenforceable. However, this decision was based on the Infants Act of British Columbia, which states that contracts made on behalf of minors are invalid. Ontario has no analogous legislation, making Wong of little assistance for companies in Ontario.

However, Stevens v Howitt suggests that Ontario courts have set out procedures to protect infants. In that case, a parent bound their infant child in an insurer’s waiver of liability. Later, the infant was involved in a minor automobile accident and claimed under her guardians’ policy of insurance. The ONSC decided that the waiver was unenforceable, citing “general principles” regarding the protection of infants.

While Howitt supports the public policy argument for minors in Ontario, no court has followed the decision. Furthermore, an Ontario court might find that Howitt applies only to the context of insurance contracts. The relationship between an infant and an indoor trampoline park company is different because the infant, and his or her guardian, typically understand that the activity is inherently risky. As such, courts are unlikely to protect infants under those circumstances.

Whether infants can waive their rights in Ontario remains a contentious issue. The dearth of case law and legislation setting out specific rights for infants, such as British Columbia’s Infants Act, indicates a current gap in the law.

Based on the above review of the relevant jurisprudence, a sound waiver of liability will include clear, unambiguous language which, at the same time, is broad enough to capture the types of negligence which a party seeks to shelter itself from. Expressly indicating that the waiver insulates the corporation from liability related to negligence is also important. The consumer/participant should be able to understand the language in the waiver. A marked difference in bargaining power could render a waiver of liability unenforceable. However, in the context of a participant engaging in a risky activity, such as skydiving, the waiver will likely be enforceable so long as the consumer understands the risks involved in the activity. Generally, public policy considerations must be shown to outweigh the “very strong public interest in the enforcement of contracts.” Very few of these contracts have been rendered unenforceable on this ground. As demonstrated above, the protection of minors in contract law remains unsettled.

This article originally appeared in Advocacy Matters | May 2019