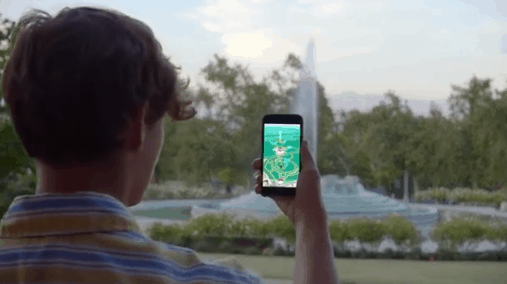 Toronto Could Ban Texting and Walking

If you’ve thought about the implications of the Pokemon Go craze for more than a few seconds, the probability of someone getting run over by a car while hunting down one of the crafty critters has probably occurred to you. And, not surprisingly, it’s already happened.

And sure, it may just be coincidence, but a mere two days before the official launch of Pokemon Go in Canada, the city of Toronto is looking to ban texting while walking in shared road space – namely, while crossing the street.

While the city appealed to the province to make amendments to the laws, Transportation Minister Steven Del Duca said the province has no plans to do this – but not because they don’t think it should be done. The province doesn’t need to throw its weight behind the city. The city can pass a municipal bylaw themselves.

“Municipalities are mature levels of government with powers to establish bylaws in the best interest of their communities.” Del Duca said.  “The city of Toronto has the power to pass a bylaw similar to the one requested (Thursday).‎”

This comes after Councillor Frances Nunziata requested that the province makes changes to the Highway Traffic Act on July 14th. Her recommendation was passed with the support of Toronto Mayor John Tory, with a vote of  26 to 15.

It may seem like an obvious vote to many, but there are some who feel that the enforcement of this bylaw could take accountability off drivers, and victimize pedestrians.

Dylan Reid – a Toronto pedestrian advocate – is one of these people. Reid comments that this move, “feeds into the dialogue of victim-blaming. It’s actually pretty well established that . . . very few pedestrians who are hit by cars are distracted.”

His sentiment is echoed by the findings of a 2015 Toronto Health Report, which showed that driver error was the cause behind almost 67% of the injuries or deaths of pedestrians. In the other cases, the pedestrian was at fault, or it was unclear as to who was to blame.

Regardless of who is to blame most of the time, the fact does remain that pedestrians are to blame some of the time, and when they are to blame, a good number are distracted – and this is easily preventable. In fact, in 2010, Ontario’s chief coroner reported that 1/5 pedestrian deaths were a result of being distracted by earbuds or cell phones.

Del Duca may say it best. He urges everyone to be accountable, saying road safety, “is a shared responsibility amongst all road users. Keep your head up when crossing the road and always be aware of your surroundings!”