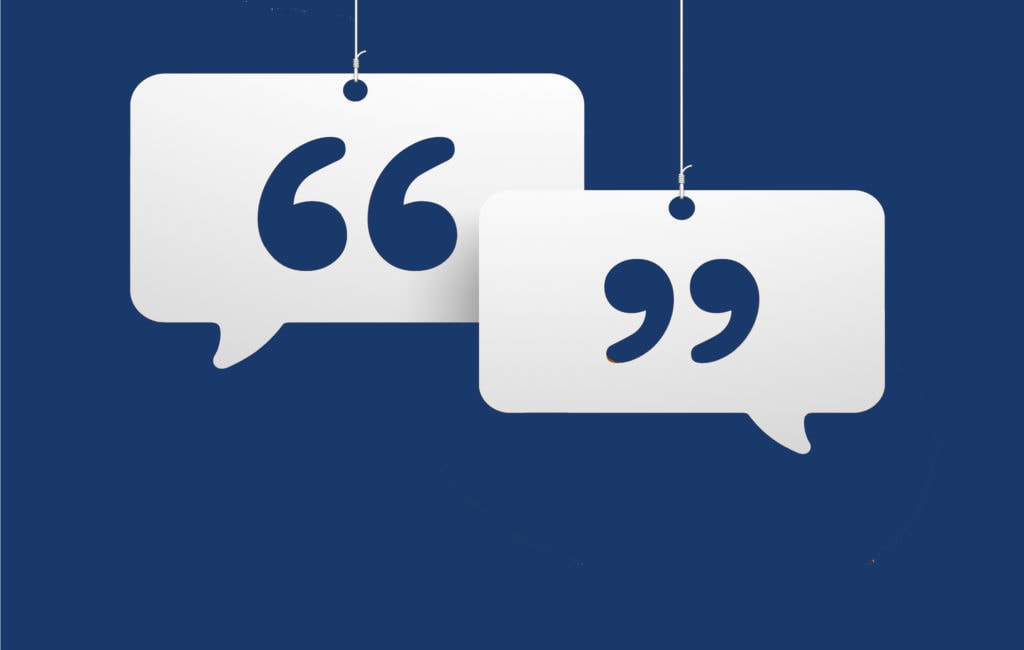 One of the skills that I have always admired and enjoyed of a great advocate is the ability to spice up their argument with an apt quotation (no doubt a planned outpouring of spontaneous thought) that not only advances their argument, but, at the same time, engenders a sense of confidence and trust because the selected quotation contains an underlying truth. A good quote can also be disarming and provide temporary amusement. If nothing else, I remember Dorothy L. Sayers who said, “I always have a quotation for everything – it saves original thinking”.

From the foregoing perspective I offer the following quotes which are primarily focused on lawyers and the law for your reading pleasure.

No brilliance is needed in the law. Nothing but common sense, and relatively clean finger nails.

You cannot argue with someone who denies the first principals.

If you think that you can think about a thing, inextricably attached to something else, without thinking of the thing that it is attached to, then you have a legal mind.

If a man wants to leave a toothbrush at my house, he can damn well marry me.

Two wrongs don’t make a right, but they make a good excuse.

A verbal contract isn’t worth the paper it is written on.

I don’t know, as I want a lawyer to tell me what I cannot do. I hire him to tell me how to do what I want to do.

There are three kinds of lies: lies, damned lies, and statistics.

Doublethink means the power of holding two contradictory beliefs in one’s mind simultaneously, and accepting both of them.

The law isn’t justice. It is a very imperfect mechanism. If you press exactly the right buttons and are also lucky, justice may show up in the answer. A mechanism is all the law was ever intended to be.

Who thinks that the law has anything to do with justice? It’s what we have because we can’t have justice.

We’ve heard that a million monkeys banging on a million typewriters will eventually reproduce the entire works of Shakespeare. Now, thanks to the Internet, we know this is not true.

Better to keep your mouth shut and appear stupid than to open it and remove all doubt.

The first thing we do, let’s kill all the lawyers.

[The] ideal client is the very wealthy man in very great trouble.

Be prepared, be sharp, be careful, and use the King’s English well. And you can forget all the [other rules] unless you remember one more: Get paid.

I must have a prodigious quantity of mind; it takes me as much as a week, sometimes, to make it up.

I am not arguing with you – I am telling you.

I do not think that the son of a bitch knows the difference between telling the truth and lying.

It depends on what the meaning of “is” is.

‘When I use a word’, Humpty Dumpty said in a rather scornful tone, ‘it means just what I choose it to mean – neither more nor less’.

The truth is out there.

Because of plea-bargaining, I guess we could say, ‘Gee, the trains run on time’: But do we like where they are going.

It has, I believe, been often remarked that a hen is only an egg’s way of making another egg.

Was it through his grandfather or his grandmother that he claimed his descent from a monkey?

From the fact that there are 400,000 species of beetles on this planet, but only 8,000 species of mammals, he concluded that the creator, if he exists, has a special preference for beetles.

I use the rules to frustrate the law. But I didn’t set up the ground rules.

The lawyer’s first thought in the morning is how to handle the case of the ringing alarm clock.

A TV host asked my wife, ‘Have you ever considered divorce?’ She replied: ‘Divorce never, murder often’.

Experience is a hard teacher because she gives the test first, the lesson afterward.

Litigation is the pursuit of practical ends, not a game of chess.

If it doesn’t fit, you must acquit.

It is true hard work never killed anybody, but I figure why take the chance?Ronald Reagan

If at first you don’t succeed, try, try again, then quit. No use being a damn fool about it.

Some people are so busy learning the tricks of the trade that they never learn the trade.

Do as adversaries do in law, strive mightily but eat and drink as friends.

You are not drunk if you can lie on the floor without holding on.

[The judiciary is] the least dangerous branch of our government.

There is something particularly appealing about teaching a subject that seems to deal with the lowest kind of relationships – accidents, ambulance chasing – because you can show students that these raise the most fundamental questions about the structure of society.

I do not object to people looking at their watches when I am speaking, but I strongly object when they start shaking them to make certain they are still going.

[A lawyer’s] performance in a courtroom is responsible for about 25 percent of the outcome; the remaining 75 percent depends on the facts.

If there is any truth to the old proverb that ‘one who is his own lawyer has a fool for a client’, the Court … now bestows a constitutional right on one to make a fool of himself.

Things in law tend to be black and white. But we all know that some people are a little bit guilty, while others are as guilty as hell.

This contract is so one-sided that I am surprised to find it written on both sides of the paper.

Proceed. You have my biased attention.

– Learned Hand, to an attorney who asked to review a motion already heard.

In my youth, there were words that you could not say in front of a girl; now you cannot say ‘girl’.

– Anonymous, cod Latin for “don’t let the bastards grind you down”

And last but not least …

Contact Marinus | View all posts by Marinus Lamers
Read More About General
Previous Article:
« When A Criminal Defence Must Yield To Civil Protections: The Use Of Compelled Documentary Productions From A Civil Lawsuit
Next Article:
5 Lerners Personal Injury Lawers Ranked Among Canada’s Best in Lexpert’s 2017 Directory »