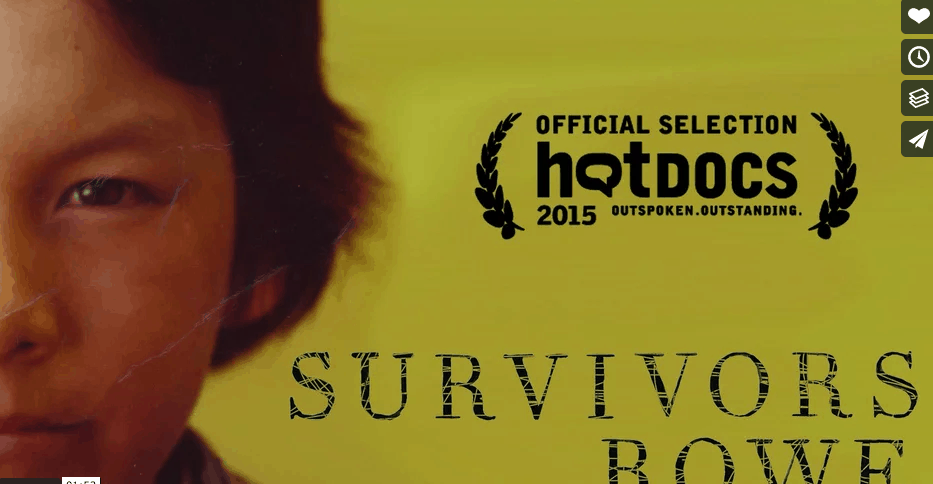 And yet, the “compelling and tragic” story of the harm caused by Ralph Rowe has received little attention compared to high-profile stories about other pedophiles such as Gordon Stuckless who preyed on boys interested in hockey, says Grace, a partner at Lerners LLP whose practice focuses on representing victims of historical sexual abuse. Grace has represented many of Rowe’s victims in court actions over the past decade.

“Sadly, I believe this is because his victims were First Nations children from poor fly-in remote reserves in northwestern Ontario,” Grace tells AdvocateDaily.com.

On April 11, TVO aired “Survivors Rowe,” a documentary that tells the stories of three of Rowe’s victims and sheds light on the devastation they suffered as youth. The documentary is available online until May 3.

The documentary is produced by another survivor of childhood sexual abuse, Peter O’Brian, who is married to Carolyn Bennett, the Liberal Minister of Indigenous and Northern Affairs. The film premiered at TIFF’s Hot Docs festival last year.

As the documentary illustrates, many of Rowe’s victims went on to lead tragic lives, suffering from addictions, mental health issues and family breakdowns.

“Sexual abuse has a devastating and life-long impact on individual survivors,” says Grace, especially when committed by someone like Rowe who “commanded such community-wide respect as an Anglican Church priest, a pilot with a church plane that was used to access isolated communities and a Boy Scout leader.”

Grace notes the damage in Rowe’s case extended well beyond the directly affected individuals. “What was brought home to me in my work on behalf of Rowe’s survivors was the extent of the harm caused not just to the boys themselves but to others – to family members, like parents and siblings – and when the boys grew up, to their spouses and their own children.”

“Rowe’s sexual misconduct ravaged a whole generation of Aboriginal men in northwestern Ontario, thereby depriving their communities of people who would have had so much more to contribute if they had not been forced to battle their own demons from childhood.”

Grace observes that many parents of Rowe’s victims had attended residential schools. This was an already existing strain on families and communities and it is “heartbreaking to think of still more abuse being committed by an outsider like Rowe and tragic that it had to affect a whole other generation of First Nations youth.”

Rowe, 75, who has been criminally convicted of sex-related crimes spanning the 1970s and 80s is believed to have abused as many as 500 First Nations boys, CBC reports.

A police officer on Manitoulin Island in the 1960s, Rowe then worked as a pilot in the aircraft ministry for the Anglican Church.

Grace encourages people to see the documentary, “Survivors Rowe,” because she says it gives a voice and puts a face on survivors of childhood sexual abuse.

“It shines a light on another tragic part of our history with First Nations people. All of us in southern Canada need to be aware of this history.”

Grace says the men who shared their painful personal stories as part of the documentary should be applauded as should the film’s producer and director who chose to tell their stories in such a compelling way.

“Our responsibility is to learn from these stories and, when we hear of troubles facing First Nations communities, to reflect on the underlying causes.”