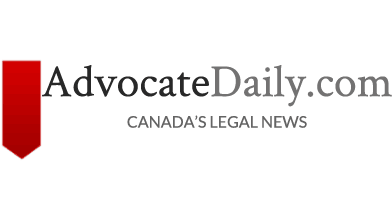 The $2.8-million project launched by the Ontario government in 2016 provides up to four hours of confidential counsel from a lawyer for residents in Toronto, Ottawa and Thunder Bay, she tells AdvocateDaily.com.

“Many survivors don’t have a lot of information about the legal system and the service helps them understand their rights and options,” says Matas, one of the lawyers involved. “In an ideal world, all victims of sexual assault would have an opportunity to talk to a lawyer who understands the criminal and civil justice processes before deciding whether or not to report the crime to the police or take other legal steps.”

“Trauma may cause physical, physiological, emotional and psychological impacts on a victim. This can impact memory, particularly in the short term following an assault,” says Matas, an associate with  Lerners LLP who specializes in sexual assault and abuse cases.

It is during this timeframe that victims of sexual assault often speak to police, and if they are still in crisis, it may not be the best timing in terms of providing a comprehensive account of the incident, she adds.

“If an individual is charged with a crime based on the victims’ statement to the police, a copy of the statement will eventually be disclosed to the accused and will be used by the defence in any subsequent court proceedings. Any omissions, discrepancies, or inaccuracies can be used to discredit the complainant in a criminal trial,” Matas explains.

The pilot is part of a $41-million three-year program launched by Premier Kathleen Wynne in 2015 to curb sexual violence and harassment, reports the Toronto Star.

The Wynne government has taken a number of positive steps to help survivors of sexual abuse and sexual assault, including scrapping the limitation period on civil claims for sexual assault and intimate partner violence, Matas says.

“This is huge because many survivors are unable to come forward and disclose sexual assault or sexual abuse for a very long time. There are number of reasons for this, and removing the limitation period allows victims to come forward at a time when they are prepared to do so. Seeking accountability and justice, through criminal or civil proceedings, can be a big part of a survivor’s healing process,” she says.

Women in Toronto can access the program directly through the Barbra Schlifer Commemorative Clinic, while male and female victims in all participating cities can submit an online request through the Ministry of the Attorney General’s web portal to receive a list of the Ontario lawyers qualified to provide free legal advice to survivors as part of this program. The pilot continues until March 2018.

Contact Anna | View all posts by Anna Matas
Read More About In The Media
Previous Article:
« Sharing the Road with E-bikes – What You Should Know
Next Article:
Cracking the Glass Ceiling – One Discussion at a Time »