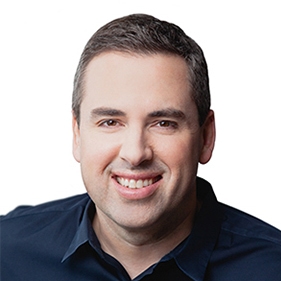 “ The legal process can be complicated and it can often feel overwhelming. My clients know that, when I take their case, we are in it together until the end. ”

“On May 7, 2011, I was involved in a motor vehicle accident. I was originally told my injuries were minor and to go on with my life. Months later, after being properly diagnosed, I realized I needed to hire legal representation. An acquaintance recommended a law firm in the Windsor area. After having retained them, months went by without any updates or contact from them. Having never gone through this before, I wasn’t sure if this was “normal” practice. The only advice I ever received from them was to listen to my insurance company. That was a mistake! In August 2012, a good friend inquired about how things were going. After explaining what was going on, she recommended I get a second opinion. That’s when I contacted Bill Simpson at Lerners in London. After my very first meeting, I knew I was in the right place. Bill quickly identified key points that had not been addressed by my previous lawyer and put a plan in place immediately. I received continual updates on how my file was progressing and some much needed assistance with my own insurance company. Fourteen months after retaining Bill Simpson, my file was settled without the need for a trial. I am content with the results and would recommend Bill Simpson to anyone who’s been injured and needs a great lawyer to fight for them. Thanks to Bill and his team for their hard work!”
Scott Doman

“I have dealt with Bill on the other side of cases as legal counsel. I was greatly impressed by Bill’s devotion to his clients and his vigorous representation of their interests. I would strongly recommend Bill to any person who has sustained an injury in an accident.”
George Tsakalis, Lawyer, Brown and Korte Barristers

“While working with Bill over the past few years I have come to appreciate his dedication, honesty, and professionalism. He is a genuine and capable representative who showcases not only his legal skills and talent, but also his moral character, within every interaction. Bill’s personal approach to sensitive legal matters sets him apart from his peers and I would highly recommend his work to anyone in need of strong and diligent representation. His staff is equally commendable – clearly from working under great leadership.”
Erin Foley Pitman, Platform Support Specialist, Thomson Reuters

“Bill has represented a number of my clients who have been involved in motor vehicle accidents, navigating the complexities of the Accident Benefits claims process, as well as through civil suits, if required. Each and every one of my clients has indicated to me that they appreciate Bill’s approachability, honesty and legal knowledge, along with the high level of support provided by his law clerks. Bill has consistently acted as an advocate for his clients to help them obtain the services, support and funding that they require to recover from and move past a traumatic event such as an MVA. Having a skilled legal representativecan make a big difference, and Bill consistently demonstrates his ability to be one of the best.”
Melissa Knott, Occupational Therapist, Pursuit Health Management

Bill enjoys spending time at his home in Grey County, cheering for his beloved Detroit Tigers, reading for pleasure, and keeping up with his son Henry.